How do you win at slot machines? From one point of view, it is random whether you win or lose on each pull of the machine’s arm. On the other hand, if you understand how these machines work exactly, you could design a strategy to maximize your chance of winning. Unfortunately, designing such a strategy is difficult because it involves making very complicated decisions about when to pull the handle.

In this tutorial, I would like to show you how the methodology can help us answer some of these questions. For the purpose of illustration, we have picked a casino example:

Assume a Mathematician goes to Casino floor. He doesn’t have any prior information about the Math implemented by games developers in slot machines. 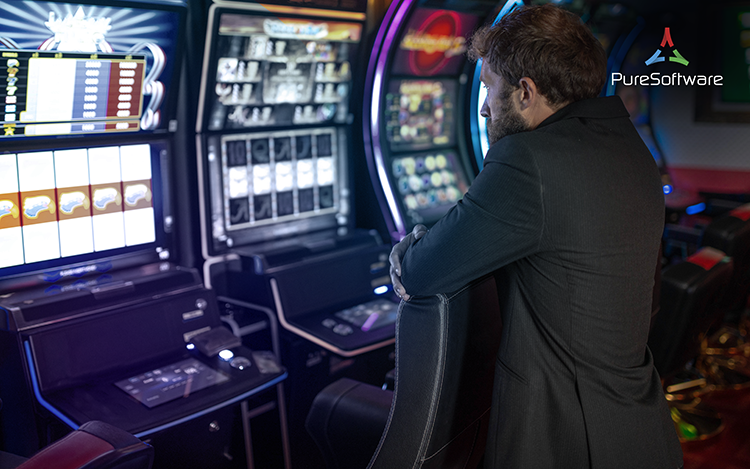 Now if he gets some observed data D, he can estimate probabilistic model’s parameter θ (Winning Probability of Slot Machine) by using MLE (Maximum Likelihood Estimation) OR MAP (Maximum as Posteriori) as follows:

In order to compute MLE or MAP, he asks for Some data and somebody on the casino floor shares a small set of data with him as follows:

By intuition, not only him but anybody would also think “Slot Machine 2” is the special one, because getting 2 wins out of 3 plays on “Slot machine 1” could just happen by chance. But “Slot Machine 2” data doesn’t look like happening by chance.

Now, how to prove mathematically if the intuition is Correct?

He has an access to frequentist (MLE) approach and Bayesian Point Estimator approach (MAP).

Being a Mathematician, he knows that MLE will not work because of very small size of the observed Data.

So, he tries to use MAP because he has got some Data and also prior belief that winning probability of each slot machine follows Beta distribution with hyperparameters α=β=2.

Assuming that the results (k wins out of n plays) follow binomial distribution with the slot machine’s winning probability θ as its parameter.

The formula and results are as given below:

BAM! Unlike the intuition, estimated winning probability θ by MAP for these two slot machines are exactly same. Hence, Bayesian MAP estimators also didn’t help him determine which one is the special slot machine, which is likely to leave him wondering if the common human intuition about this is fake.

But really? Isn’t it looking obvious that “Slot Machine 2” is more likely to be the special one?

The mystery remained unsolved until he decided to move beyond MLE & MAP and decided to calculate full distribution, which is nothing but the Bayesian inference, which returns probability density (or mass) function.

To see if there really be no difference between Slot Machine 1 and Slot Machine 2, he calculates the posterior probability distribution, not only MAP estimates.

The posterior probability distribution P(θ|D) is calculated as below:

In Bayesian inference, we also need to calculate P(D) called marginal likelihood or evidence apart from calculating Likelihood and Prior in MAP. It’s the denominator of Bayes’ theorem and it assures that the integrated value of P(θ|D) over all possible θ becomes 1 (Sum of P(θ|D), if θ is a discrete variable).

P(D) is obtained by marginalisation of joint probability. When θ is a continuous variable, the formula is as below:

Now, put this into the original formula of the posterior probability distribution. Calculating below is the goal of Bayesian Inference.

How to calculate full distribution P(θ|D) in three parts?

Beta distribution is described as below, where α and β are hyperparameters.

With Euler integral of the first kind, the above formula can be deformed to:

Finally, we can obtain P(θ|D) as given below: 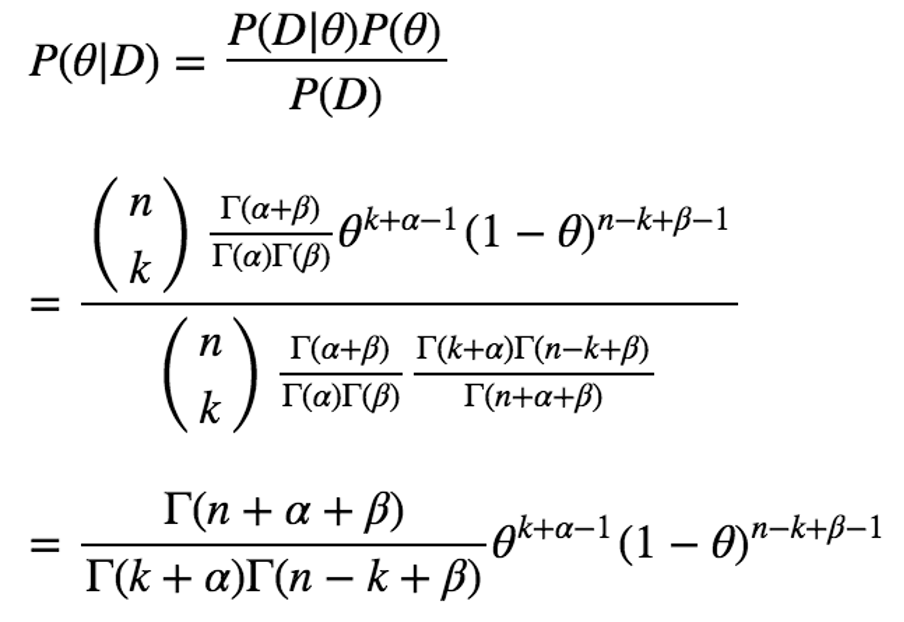 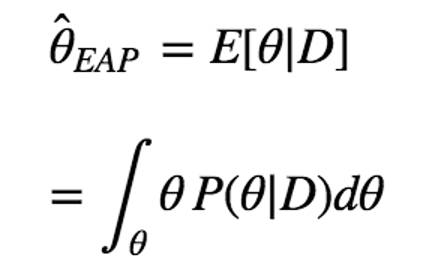 Let’s estimate the winning probability of the two slot machines using EAP. From the discussion above, P(θ|D) in this case is below:

Thus, the estimate is described as below:

With Euler integral of the first kind and the definition of Gamma function, above formula can be deformed to below:

Hurray! The intuition is proved correct as “Slot Machine 2” has slightly higher winning probability than the “Slot machine 1”

In a similar way, you can solve real world problems without getting into the source code of the applications or even without knowing about the business rules/hand crafted logics implemented in the software.

Back to Work Initiative

We use cookies on our website to give you the most relevant experience by remembering your preferences and repeat visits. By clicking “Accept All”, you consent to the use of ALL the cookies. However, you may visit "Cookie Settings" to provide a controlled consent.
Cookie SettingsAccept All
Manage consent

This website uses cookies to improve your experience while you navigate through the website. Out of these, the cookies that are categorized as necessary are stored on your browser as they are essential for the working of basic functionalities of the website. We also use third-party cookies that help us analyze and understand how you use this website. These cookies will be stored in your browser only with your consent. You also have the option to opt-out of these cookies. But opting out of some of these cookies may affect your browsing experience.
Necessary Always Enabled
Necessary cookies are absolutely essential for the website to function properly. These cookies ensure basic functionalities and security features of the website, anonymously.
Functional
Functional cookies help to perform certain functionalities like sharing the content of the website on social media platforms, collect feedbacks, and other third-party features.
Performance
Performance cookies are used to understand and analyze the key performance indexes of the website which helps in delivering a better user experience for the visitors.
Analytics
Analytical cookies are used to understand how visitors interact with the website. These cookies help provide information on metrics the number of visitors, bounce rate, traffic source, etc.
Advertisement
Advertisement cookies are used to provide visitors with relevant ads and marketing campaigns. These cookies track visitors across websites and collect information to provide customized ads.
Others
Other uncategorized cookies are those that are being analyzed and have not been classified into a category as yet.
SAVE & ACCEPT